Visiting a dentist can be a costly affair in countries like USA or Canada. Dental work in Bogota, Columbia offers a safe and cheap option for your oral health. 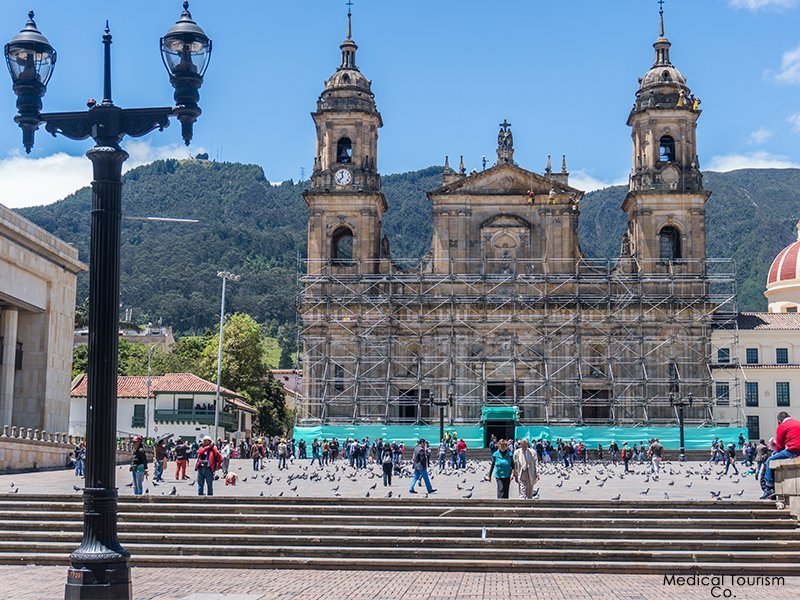 Cost of Dental Works in Bogota

Bogota dental prices begins at $140 for a root canal and can stretch till $10,000 for a full-mouth restoration. However, the same procedures nearly cost four-times in the USA alone.

Therefore, it is not just teeth cleaning, you can even opt for the most advanced oral treatments at an accredited cost in Colombia.

Along with this, it is also an adventurous tourist-hotspot. So, more people are considering dental tourism in Colombia which offers dental treatment with a comfortable holiday option in one of the world’s paradise.

Other cities like Cartagena and Medellin also offer great options for dental tourism.

Why Choose Bogota for Dental Tourism?

Bogota, being the capital city is one of the hottest tourist destinations in Colombia. It is the largest city and has a rich culture, cuisines, sports, etc.

People consider dental work in Bogota, Colombia for a variety of reasons, lets read why:

For American travelers, safety[1]Graham Averill
Colombia Wants Your Tourism Dollars
“cities like Bogotá and the coastal towns where tourists venture are generally considered safe for travelers…”
View in Article is one of the major concerns while travelling to another country. Bogota, Colombia is deemed safer now as compared to that in the past.

The dental clinics in Bogota, Colombia are modern with experienced dentists working with international patients. Also, the staff here is fluent in English so there is no communication barrier.

The bus system[2]Business Insider
Bogota’s massive bus system has been globally hailed as a triumph in public transit – here’s why I prefer it over New York City’s buses.
“Compared to New York, the buses in Bogotá were cheaper, newer, and cleaner. They ran more frequently and I felt safer on them….”
View in Article in Bogota is better than the New York busses. These are new and efficient and on top of it, they are cheap and fast as compared to any taxi.

Medical Tourism Corporation provides its clients with the best of dental tourism experience. We have tied-up with a quality dental clinic in Bogota, Colombia which priorities patient experience over anything. 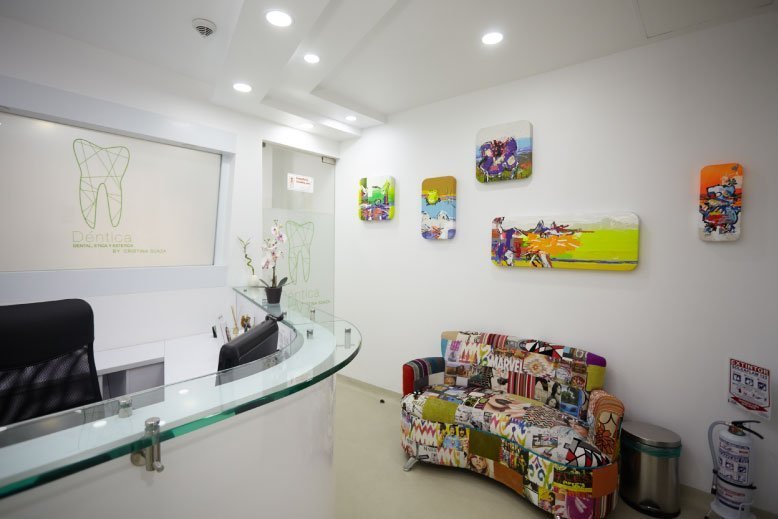 Dentica offers different procedures with state-of-the-art technology which are as follows:

Other facilities offered at the clinic are:

Our driver will pick you up from the airport and drop you in your respective hotel. To avail of this service, we need your flight confirmation and hotel details.

We accept cash in the form of Colombian Peso, US dollars. We also accept all international and national debit and credit cards.

Our staff is well versed in English, Spanish, French, German, and Portuguese.

We use the latest equipment in our clinic like Ultrasonic machine, Autoclave, Diode Laser (BIOLASE), Needleless Anesthesia, Cavitron, Ultrasound, and Intraoral Camera. 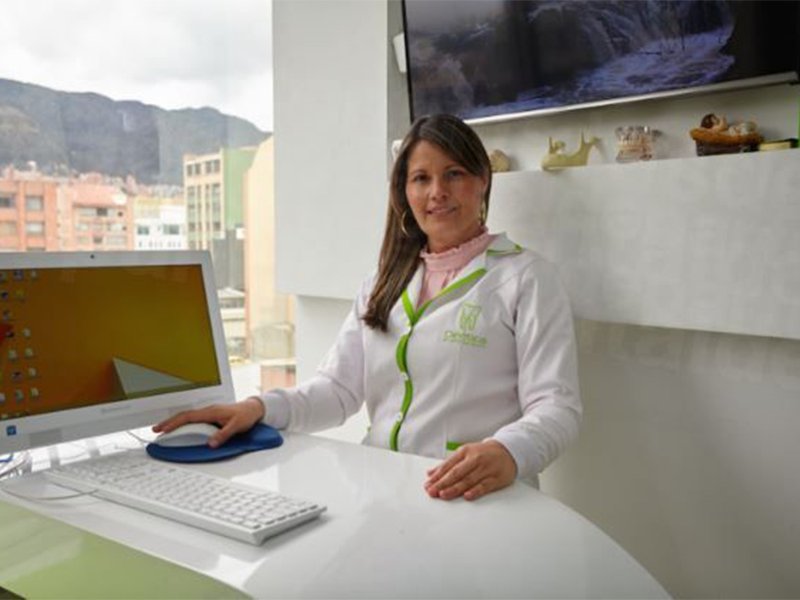 Cristina Suaza is a renowned dental surgeon in her area and has successfully treated thousands of patients till now.

If you live abroad or on the outskirts of Bogota and you are interested in dental treatment, virtual consultation can help you to understand your treatment options so you can plan your travel accordingly.

It is best if while consulting you describe the reason for your consultation. Along with that, your expectations about the desired treatment, for example, the shape or color of your teeth. This will help the doctor to understand your problems better.

Follow the instructions for virtual consultation for dental treatment mentioned below:

In this way, the dentist can make a rough preliminary diagnosis. This will consist of a treatment plan and the proposal including the prices of the possible treatments according to your requirements.

For more information, you can check out this video as well.

Flights from USA to Bogota, Colombia 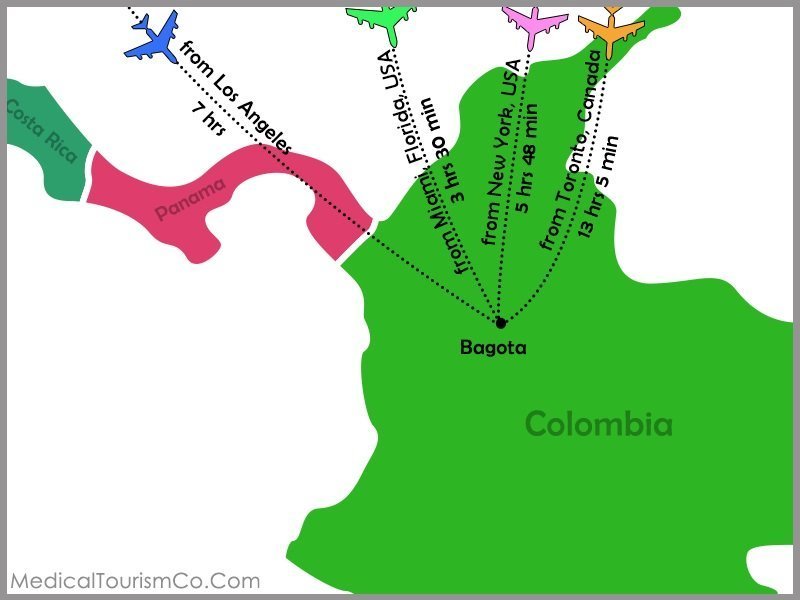 Why is dental work in Bogota, Colombia cheap?

The dental treatment in Bogota, Colombia is low cost because the dental equipment exported from the USA at a low in price. This is done according to the the U.S.-Colombia Trade Promotion Agreement for American tourists[3]The International Trade Administration (ITA), U.S. Department of Commerce
Colombia – Medical Equipment
“Since the implementation of the U.S.-Colombia Trade Promotion Agreement (TPA) with the United States in 2012, 96% of U.S. medical equipment exports to Colombia receive duty free treatment…”
View in Article which makes most of the export duty-free. Also, the cost of living and currency rates are relatively cheaper in Colombia which further lowers the cost of dental works in Bogota.

Is Bogota, Colombia safe for American and Canadian tourists?

Yes, Bogota is safe for American and Canadian tourists. The conflicts may still be prevalent in the rural areas of Colombia, but Bogota, being the capital city is relatively safe.

How to stay safe in Bogota, Colombia?

To stay safe in Bogota, follow a Colombian phrase “nor dar papaya” which means don’t make yourself an easy target for burglars. Also,

Is the tap water in Bogota safe for drinking?

A study[5] Mauricio Jiménez Aldana, y Fabian Santana López
Water Distribution System of Bogotá city and its surrounding area, Empresa de Acueducto y Alcantarillado de Bogotá – EAB E.S.P.
“EAB E.S.P. reports to the Wealth Agency of the District the results of the Water Quality Risk Index…with magnitudes well below the “safe” water limits for consumption. ….”
View in Article suggests that overall, the water in Bogota and nearby areas is not safe for drinking and can be contaminated with disease causing germs.

Which is the best time to visit Bogota, Colombia?

The high-tourist time in Bogota, Colombia is during the warm months from December-February but the prices for everything are on the higher end.

You can also plan your visit during the shoulder months from March-September when Bogota receives secondary rains. However, the cheapest months are October & November because of the high rains causing flood.