Crowdfunding for weight loss surgery is a worthwhile alternative for individuals lacking funds for their treatment.

There are times when all the avenues for arranging finances for bariatric surgery close due to reasons such as: 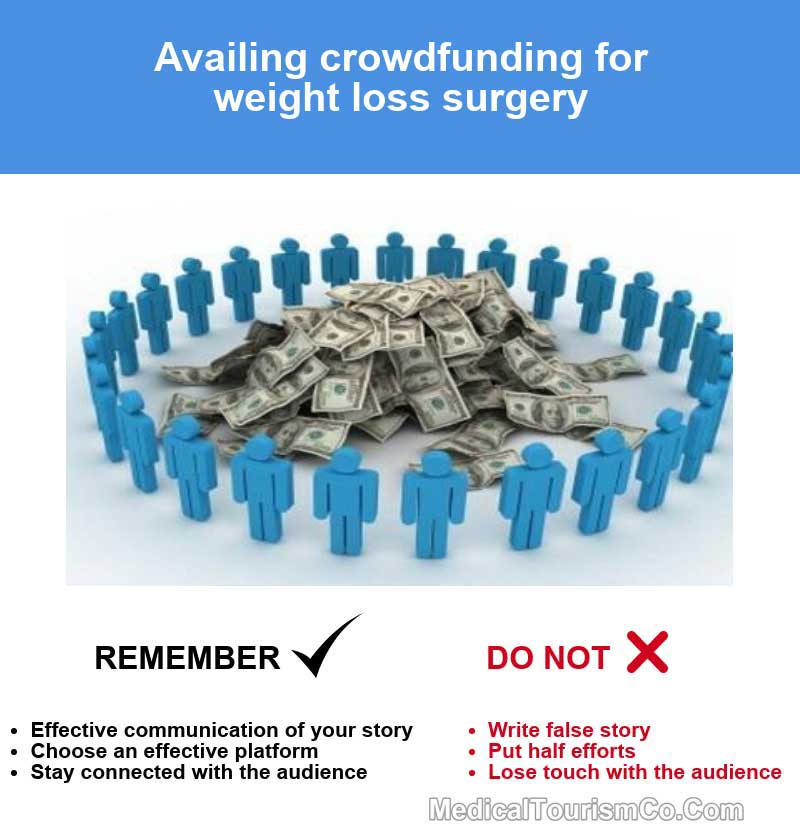 Under such circumstances, the process of treatment of an individual comes to a standstill. This can be emotionally frustrating and take a toll on someone who is already suffering.

Did you know? Medical bills are one of the biggest reasons for bankruptcies in the U.S.1 This makes concepts such as crowdfunding more popular when it comes to arranging funds for medical treatment.

People seeking treatment require an easy alternative for raising funds for medical treatment so that when they are not physically fit, they can at least be emotionally fit. So, when all the doors close, crowdfunding can be resorted to!

What is Crowdfunding for Bariatric Surgery?

Crowdfunding is a relatively new concept of raising money that has become popular over the internet. It is an online practice for raising funds from the web community.

Via this, people seeking bariatric surgery are able to convey their story of suffering to the community of which they are a part of. It serves as a platform for individuals to make their voice heard so that people contribute towards the treatment on compassionate grounds.

Also, since the amount to be contributed is at the discretion of the contributor, people gladly contribute towards the better health of the individual seeking weight loss surgery.

In 1997, crowdfunding was used by a British rock band named Marillion for their reunion tour. Online donations were collected from fans. Taking inspiration from the same, ArtistShare became the first crowdfunding platform in the year 2000.2

Crowdfunding was initially used for business purposes but later it opened up for other avenues. By 2009, crowdfunding had emerged as a major funding source with the industry’s revenue growing by leaps and bounds.

The crowdfunding portal begins a fundraiser campaign for the individual seeking treatment. The individual is required to tell the story of their suffering. The story is then circulated over the internet. This way maximum numbers of people can be reached out.

During the course of campaigning, people are asked to contribute a very small amount so that more of them join in.

Humans of New York, a photo blog raised a whopping $250,000 for Memorial Sloan Kettering Paediatric Cancer Centre in the first 24 hours of the campaign.3

How Social Network can Help?

Some crowdfunding sites may not provide for campaigning over the social media. The individuals can themselves circulate their story on social media. This will make their friends and relatives aware of their suffering.

Often the near and dear ones contribute a major portion for the treatment since they have a soft corner for the person.

Research states that the major portion of crowdfunding campaign amount is collected in the first 30 days!4

There are many people who love to serve the mankind and have plenty of resources for the cause. The tougher part, however, is finding them and approaching them. You could always get in contact with them over e-mails or via your campaigning portal.

There are various websites that specialize in crowdfunding. GiveForward, Fundrazr, GoFundMe, IndieGoGo, KickStarter are few of the leading crowdfunding websites in the United States and Canada.

These websites have helped people suffering from varied ailments raise thousands of dollars for their treatment.

According to a report published in Time U.S., 22% of Americans have donated to crowdfunding websites.6

Take a look at how Kami Perritt financed her weight loss surgery through crowdfunding. She was rejected for loan multiple times. Via crowdfunding, she was able to raise an amount of $3,274 for her bariatric surgery. Here’s her story. 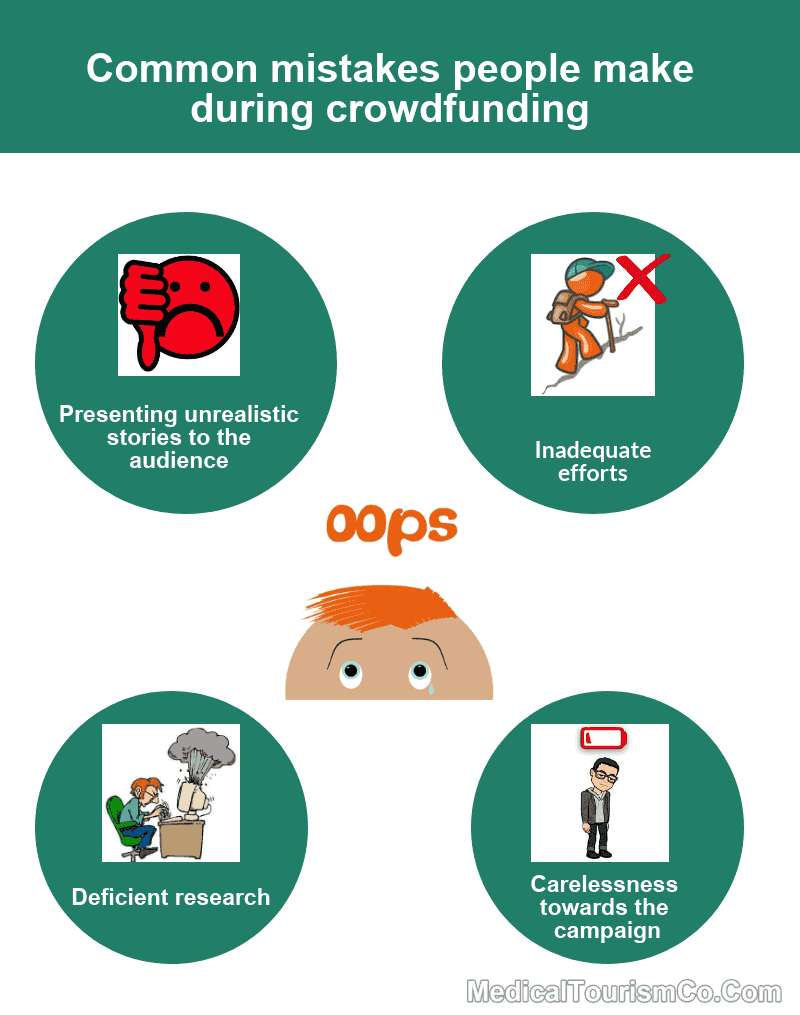 Factors on Which Success of a Campaign Depends

Crowdfunding has come up as a rescue for people who do not have or are unable to collect finances for their weight loss surgery. The convenience and success of this option has attracted a lot of people seeking treatment towards it and continues to do so.

The platform has especially been a life saver for people suffering from serious diseases. Any one desiring bariatric surgery but unable to afford it can resort to this option.

One can also look into raising funds through crowdfunding for weight loss surgery outside their native country, say, a gastric bypass or vertical sleeve gastrectomy in Mexico or the United States.