One of the emerging medical tourism destinations is the European country Belgium. If you are looking for good clinical standards, quality of surgery and after-care in Europe, Belgium is the right country for you.

Belgium’s health system is famous in the world as a center of excellence for health care which has resulted in exceptionally high standards of health care and surgery on offer throughout Belgium. 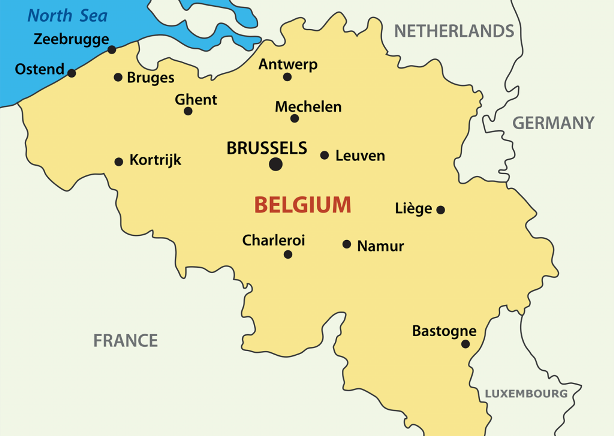 Not only that, Belgium has a strong medical infrastructure in place across the country. There is a huge network of both private and independent hospitals across the country that ensures high standards of health care and surgery have been consistently maintained over the years.

There are two types of hospitals in Belgium. A general hospital (ziekenhuis) has its own staff on duty round the clock. As soon as a patient is admitted to a hospital the staff is in charge of patient care. The doctor will attend only later. A clinic (kliniek) is a private hospital that too has its own staff. The difference here is that the doctor will be in charge of the patient’s care during a stay in a clinic. Belgium offers choice and quality for the patients.

The staff are friendly; the wards are clean and the after-care 1st class. Patients can call in the surgeon directly, have their scans immediately after that and they have the option to choose the timing of their surgery: this week or next. Another example is childbirth. Unlike in UK where the mother leaves the hospital within 6 hrs after the birth, Belgium hospitals allow the mother and baby to be in hospital for 4-6 days. There is always a private room for maternity wards, fully fitted with a nice bathroom and baby facilities. There are nurses to take care of the mother and baby and advice on life for the baby at home.

To cap it all, in a recent study of the Health of Nations by World Markets Research Centre, a leading provider of independent business and industry intelligence, Belgium topped the 175-country list with a very impressive 98 points. On a flip side, the hospital system in Belgium is a bit different from US or UK. Patients going to a hospital in Belgium will need to take their own clothes for sleeping purposes, their own robe, toiletries and slippers. Patients are also required to bring their own towels.

Doctors and Surgeons in Belgium

Belgium health care system takes good effort to keep their doctors one of the very best in the world. Across the country there are well trained doctors and these doctors are required to keep up-to-date with the latest medical developments. Best part about Belgium doctors is that many of them speak English or at least understand it reasonably well. This can be attributed to the fact that as medical training in Belgium often requires the use of text books that are in English.

Doctors also undergo periods of study in the UK or USA sometimes. Doctors in Belgium undergo intensive training, usually for a period of some years, before they choose to specialize. That depends on the type of specialization. For instance, cosmetic surgeons will have studied for a period of around 12 years in total before they will be able to perform the surgery. In terms of affiliation to hospitals, usually doctors in Belgium are affiliated with more than one clinic which ensures that patients have a choice if they need to be hospitalized.

Most Belgian doctors operate without administrative or nursing staff to handle phone calls or make appointments. This means if the patients prefer to make an appointment with their GP, it’s usually possible to be seen the same day. Doctors also make house calls, and in some cases, prefer to attend to patients at home by appointment rather than their clinics.

The one thing that Belgium doctors are renowned for is, unlike doctors in other countries, they take time with their patients to answer questions and discuss the treatment. They generally provide more personal time so that best results are achieved.

Costs, Travel and Other Factors

Apart from well cared for medical system, state-of-the art hospitals and excellent doctors, surgeons and support staff there are a number of other factors which have contributed to the emergence of Belgium as a destination of choice for patients. Arguably the most important of these factors is the price. On average, the cost of a surgery in Belgium is considerably lower than in the US and UK, sometimes as much as 40-50% cheaper than US and UK.

The second contributing factors has been the ease and reduced cost of traveling to Belgium. There are a number of low cost airlines that offer reduced prices for flights to Belgium from major destinations. This translates into cheaper and easier travel to Brussels. Other options such as the Eurostar have meant that traveling to Belgium is a viable and cost effective solution than it was earlier.

Medical Tourism in Belgium in a Nutshell:

Belgium is geographically located on the coast of the North Sea between Holland, France and Germany. The country has a population of 10,403,951 according to 2008 estimates. Belgium is the seat of both the NATO and European Union and most West European capitals are located within 1,000 km of the capital city Brussels.

Belgium is a secular country as the ‘laicist constitution’ ensuring freedom of religion. It is good to see that the government respects this right in practice. Materially and symbolically, the Roman Catholic Church remains in a favorable position. A recent estimate said that about 47% of the population is Catholic, while Islam was recognised as the second-largest religion at 3.5%. The people are friendly and easy-going.

Belgium is renowned across the world over for its cuisine. Many highly ranked Belgian restaurants can be found in the world’s most influential gastronomic guides. Belgians love french fries and waffles. In an interesting sidenote, contrary to popular belief, french fries originated in Belgium and not in france. The national dishes are “mussels with fries” and “steak and fries with salad”.

Belgian chocolates are among the most loved chocolates in the world. Some of the brands of chocolate and pralines, like Cote d’Or, Neuhaus, Callebaut, Guylian, Leonidas, and Godiva, are world famous and widely sold. Belgium is a haven of beer lovers as it produces over 500 varieties of beer. InBev, based in Belgium, is the biggest known brewer in the world by volume.

Belgian economy is stable. It is a modern, private-enterprise economy which has been successful in capitalizing on its highly developed transport network, central geographic location, and diversified commercial and industrial base. Roughly 75% of its trade is with other EU countries. The government has balanced its budget, and the country now boasts of equal income distribution. Belgium began circulating the euro currency in January 2002.

Folklore and culture in Belgium are very much part of the daily life. Belgium has a high number of cavalcades, processions, parades, and other local festivals. Most of these events have a religious background.

UNESCO has recognized the Carnival of Binche and the ‘Processional Giants and Dragons’ of Ath, Brussels, Mechelen, Dendermonde, and Mons as Masterpieces of the Oral and Intangible Heritage of Humanity. Other examples include Hanswijk in Mechelen and Virga Jesse in Hasselt; the Walloon festival in Namur; and the August 15 festival in Liage. A major non-official holiday is the Saint Nicholas Day, a festivity for children and, in Liege, for students.

In essence, Belgium is a great country to travel to, not just for tourism but also for medical purposes. The low cost of health systems, travel and stay coupled with interesting sights and events make Belgium a happy place for a medical tourism related spot.