Stem cell therapy in Mexico is a legally approved regenerative therapy! High-quality treatment from the best medical providers can offer you a second chance at life.

Mexico occupies the Southern Border of the United States. It is the 3rd largest city in Latin America.[1]Britannica Mexico“Mexico, country of southern North America and the third largest country in Latin America, after Brazil and Argentina.” View in Article It is also known for its economic and cultural diversity.

Mexico scored 60.7 (Rank #29) in the Medical Tourism Index, 2016. It also stands at a score of 59.1 for the quality of services and facilities.[2]Statista Mexico: medical tourism index by dimension 2016 “This statistics shows Mexico`s 2016 Medical Tourism Index by dimension. This country had a score of 59.1 with regards to the quality of facilities and services. With an overall score of 60.7, Mexico was ranked in the 29th position in the global ranking.” View in Article

Stem cell treatment in Mexico has become a revolutionary model of health treatments. However, it can be costly. Hence, people look for quality and affordable stem cell therapy. Wondering why to choose Mexico for stem cell transplant, here are the reasons:

Stem cell treatment is unique and powerful. Many patients to date have received treatment in Mexico. Stem cell therapy Mexico reviews are written proof of the milestone achieved.

“I had a chance to really have a new life. They [GIOSTAR] gave me hope” – Patient.

“My doctors back home told me there’s nothing more that they can do for me. Now [after GIOSTAR] my bad days are a lot less than the good days.” – Katie Hallstrom

“Being able to stand up and not fall over, it’s quite a miracle” – Christina Williams (Patient from the US).

“Before, the right shoulder I couldn’t raise it up… I couldn’t do a number of things, now it’s a hundred percent. Now I can go back to swimming!” – Michael Trujillo

What is Stem Cell?

Stem cells are special human cells that are capable of developing into various cell types. These divide and transform into cells or tissues of the heart, brain, lungs, spinal cord, and dental structure.

The two important properties of stem cells are:

The main types of stem cells are:

Stem cells used to treat various diseases can be taken from the patient or the donor. Based on this categorization, the different types of stem cell therapies include:

Stem cell treatment is a therapy where the patient receives healthy blood-forming cells to repair the destroyed cells.

The treatment process is as follows:

With the growing demand for stem cells as regenerative medicine, you must be wondering, does stem cell therapy work? Yes, it does!

To date, it has been successful in treating muscular injuries, degenerative diseases, and anti-aging effects. Some of the prominent conditions treated in Mexico include:

Cancer diseases is a generic term for all diseases characterized by uncontrolled and uncoordinated division of cells. 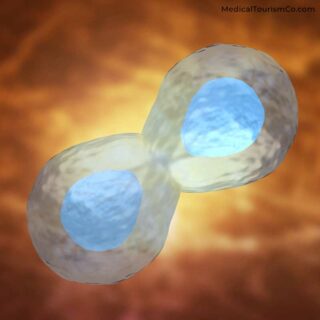 Cardiovascular is a generic term used for a group of conditions of the heart and blood vessels. 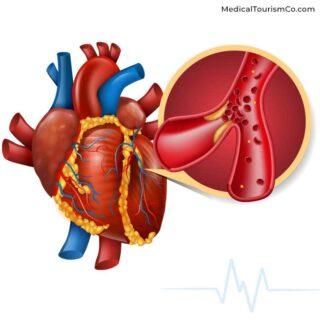 Blood disorders are a group of health conditions that hampers the normal functioning of human blood cells. 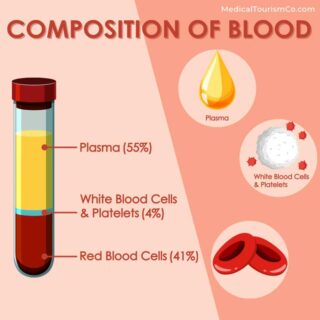 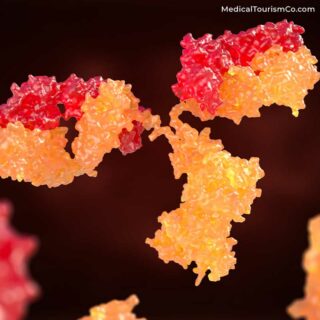 Autoimmune disorders are a group of health conditions in which the immune system of the body becomes weak and hampers the optimum functioning of the internal body structure.

Bone disorders are a group of various health conditions that leads to abnormalities or deformities of the bone. 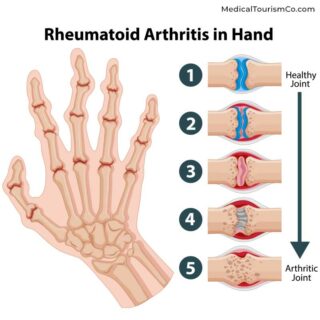 Brain disorders are the set of conditions or disabilities that affect the functioning of the brain. 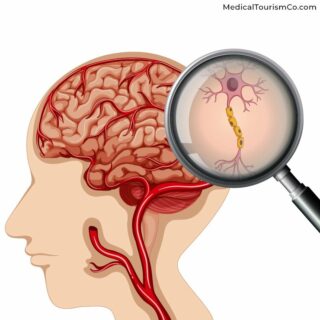 Neurological disease is a term used for abnormal functioning of the nervous system including the brain and spinal cord. 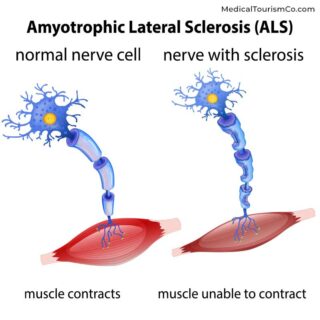 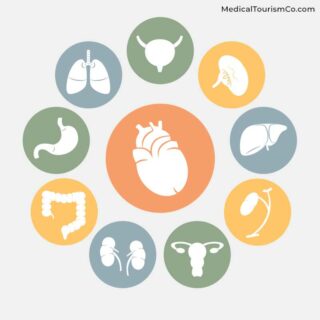 Here are the important advantages of stem cell therapy:

Side Effects of Stem Cell Transplant

If you are wondering what to expect after stem cell transplant. Here are the potential stem cell therapy side effects:

The best stem cell clinic in Mexico is Giostar (Global Institute of Stem Cell Therapy and Research). Here are the highlights of this world-leading research company in stem cell:

GIOSTAR was founded by Dr. Anand Srivastava, a brand in the field of stem cell biology. He has experienced active participation in:

Giostar has its branches in: 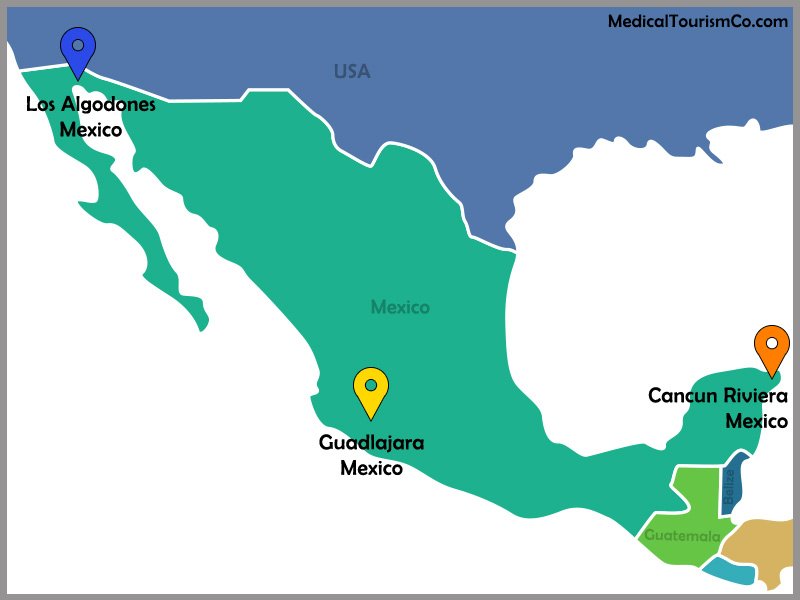 Flying to Mexico is the most appropriate mode of reaching the country. All major airports are directly connected to the USA and Canada.

The bus network is very efficient. Many bus services run between Mexico and US cities. Four important bus stations include[8]CDMX Bus Stations” Mexico City has excellent connections by bus with the whole Republic. Find here the four bus stations in the city.” View in Article:

Driving your car to Mexico is also fun. However, you need to keep the following points in mind if driving from the US:

FDA warns against Stem Cell therapy, then why choose GIOSTAR?

Stem cells are regarded as magic cells, but it is often ignored that this associated magic can only be seen if therapy is performed following a certain protocol.

Many facilities continue to provide therapy that is illegal.[10]FDA Consumer Updates “Some patients may be vulnerable to stem cell treatments that are illegal and potentially harmful.” View in Article This is where the warnings come into the picture.

However, GIOSTAR, Mexico works with the approval of govt. They have FDA and COFPERIS approval for many treatments already. For some others, like Diabetes Type 2, the process for approval is already under its way.

Another concern associated with SCT is ethical issues. Among other possible sources of stem cells, one is embryonic stem cells. Since it leads to the destruction of an embryo, moral voices raise against its use.[11]NCBI Stem cell research—why is it regarded as a threat? “However, human embryonic stem cell (hESC) research is ethically and politically controversial because it involves the destruction of human embryos.” View in Article

Stem cell therapy is indeed a safe treatment if done by a licensed team, such as GIOSTAR, Mexico. However, the complications depend on the cell type and the condition of the patient.

Which stem cells are used for therapy in Mexico?

Stem Cell sources in use for therapy at GIOSTAR, Mexico include:

How many people receive stem cell therapy in Mexico?

Thousands receive stem cell therapy in Mexico.[12]TRT World Stem cell treatments are booming in Mexico “Thousands of patients undergo stem cell treatments in Mexico, as even research is heavily restricted across the border in the United States.” View in Article These numbers are only growing each year. It is because the therapy has given hope in cases where other medical treatment options have failed.

How much is stem cell treatment in Mexico?

Stem Cells are regenerative medicine. The treatment plan is personalized extensively to ensure the best results. With the varying treatment plan, the cost of treatment differs for each patient.

Yes, Mexican govt. allows the use of stem cells for therapy. GIOSTAR, which is headquartered in the USA runs three facilities in Mexico. Here, they have COFEPRIS and FDA approval for many medical conditions.

What is the success rate of stem cells in treatment in Mexico?

What is the difference b/w Autologous and Allogenic stem cells?
Are embryonic stem cells used at GIOSTAR Mexico?

No, GIOSTAR Mexico uses adult stem cells currently. So they not only offer a treatment that is legal, but also one without ethical issues surrounding it.

Why choose GIOSTAR over other stem cell facilities in Mexico?
Do I need to bring my own donor for a Stem Cell transplant?

No, finding a donor is a task initiated and continued by a specific medical team. In fact, you may even need not to find a donor. This is possible if your treatment allows for an autologous (self) stem cell transplant.

How long does it take to get the donor for stem cells?

Depending on the health condition, GIOSTAR takes necessary initiatives to search for the donor at the earliest. However, if the patient has some healthy cells, then one doesn’t have to wait for a donor match.

Can cardiovascular diseases be treated with stem cells?

Yes, it can treat heart stroke and heart failure, and artery disease. To be precise, stem cells are desirable treatment options for various types of cardiac repair.[14]NCBI Therapeutic use of stem cells for cardiovascular disease ” Stem cell treatments are a desirable therapeutic option to regenerate myocardium and improve cardiac function after myocardial infarction.” View in Article

Do stem cells work as a treatment for osteoporosis?

Yes, stem cells are effective for treating osteoporosis.[15]PubMed Stem cell therapy for osteoporosis ” Stem cell therapy for osteoporosis could potentially reduce the susceptibility of fractures and augment lost mineral density by either increasing the numbers or restoring the function of resident stem cells that can proliferate and differentiate into bone-forming cells.” View in Article Stem cells work effectively in restoring the functions of the bone-forming cells. This, in turn, reduces susceptibility to fractures and bone loss.

Why do patients prefer GIOSTAR for stem cell therapy?

Are professionals at GIOSTAR well-versed with other languages?

All specialists and staff members can speak English and Spanish fluently.

What is the currency of Mexico?

The currency of Mexico is Mexican Peso.

What is the official language of Mexico?

The official language is Spanish and English.

What are the essential vaccinations for a trip to Mexico?

CDC suggests these vaccinations: hepatitis A, meningitis, typhoid, rabies, hepatitis B, polio, measles, mumps, and rubella (MMR).[16]CDC Vaccines and Medicines “Check the vaccines and medicines list and visit your doctor at least a month before your trip to get vaccines or medicines you may need.” View in Article

What are the best options for accommodation in Mexico?

When coming for stem cell therapy at GIOSTAR-Mexico, we suggest the following options for your stay close to its clinics:

Medical Tourism Co facilitates stem cell therapy in Mexico and other medical work overseas. You can connect with us for price and other inquiries. Connect here for a free consultation with our case managers.