How Safe is Tijuana?

Tijuana is home to 1.6 million people. Like any large city, Tijuana has its share of crime. In fact, it’s notorious for being a high-crime area. But after visiting the place, tourists usually return with a positive opinion of the city and its people. 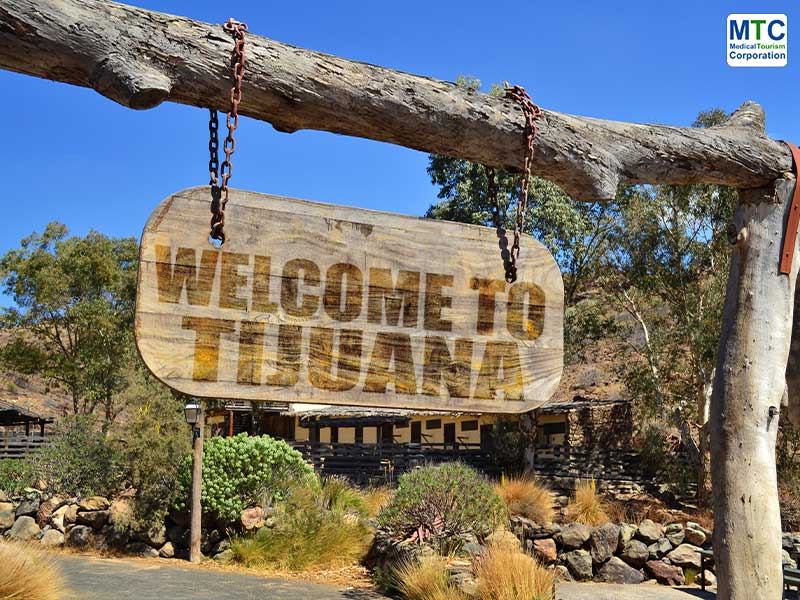 Is Tijuana dangerous for tourists? Not if you know where and where not to go in Tijuana. Keep reading to learn more about visiting the popular Mexican city in the safest manner possible.

The Truth Behind Tijuana’s Crime Rates

Risk is part of everything we do. Whether you’re driving to work or visiting Tijuana, risk is involved. However, misconceptions exist about the risk level of visiting Tijuana.

Over 300,000 people cross the border between San Diego and Tijuana each day. Americans have long traveled this short journey seeking lower-cost medications and medical treatment. Others cross the border daily for work purposes. 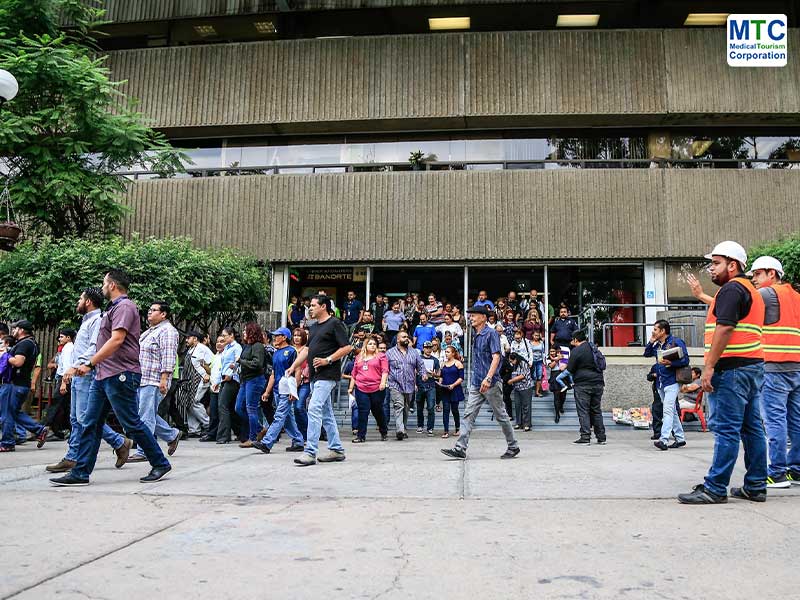 Tijuana is also a popular destination for inexpensive shopping. It has a lively party scene and food culture. College students love visiting Tijuana because the drinking age is only 18.[1]USA Today Tijuana Night Clubs “The legal drinking age in Tijuana is 18 years old, which makes a cross-border night out an attractive option for U.S. residents who may not drink legally in the States before the age of 21.” View in Article

Interestingly, people who wouldn’t think twice about cruising to the Bahamas or Jamaica would actually be safer in Mexico. 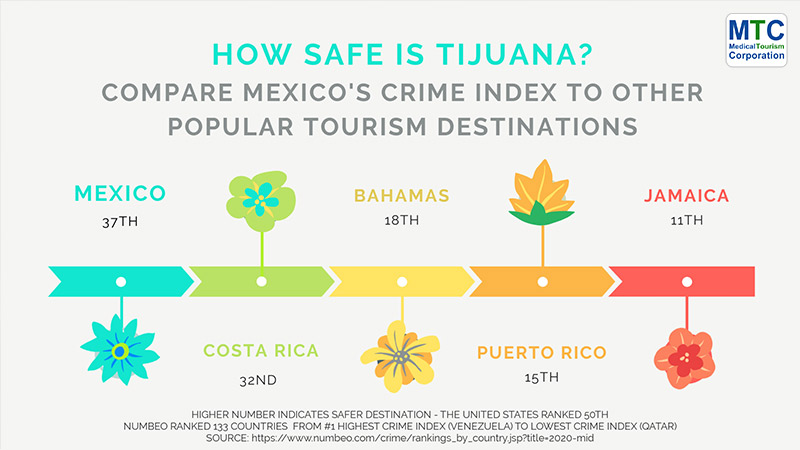 Tijuana’s elevated murder rate is largely due to conflicts between Mexican gangs. According to the Overseas Security Advisory Council (OASC) crime is largely limited to outlying areas of Tijuana. Crime is not concentrated in tourist zones.[3]OSAC Mexico 2020 Crime & Safety Report: Tijuana “…the purpose of these acts is criminal in nature, directed largely at rival gangs, and not for a larger political agenda… Violence is largely limited to Tijuana’s outlying areas and not concentrated in tourist zones…” View in Article 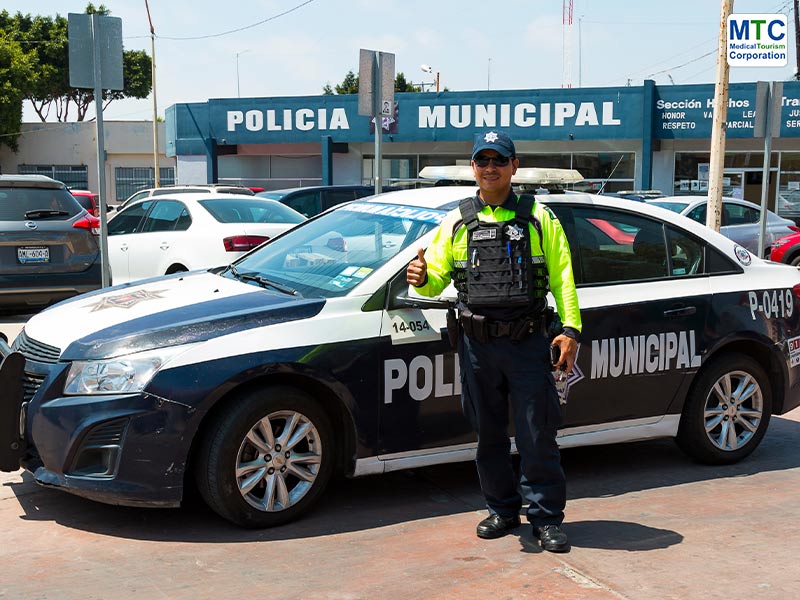 Pickpockets work in tourist areas but look for easy targets. This includes those who appear wealthy or inattentive. Dressing simply and being aware of your surroundings can help eliminate this risk. In addition, Tijuana’s Tourism Police have increased their presence in recent years.

Generally, the best way to visit Tijuana from San Diego is to hire a driver. Uber and lift are conveniently available in Tijuana. Not all of the drivers speak fluent English.

Transportation to and from San Diego Airport is included in your MTC fee. If for some reason you cannot use our driving services, you have other options.

Here are common questions related to getting to Tijuana.

Is it Safe to Drive to Tijuana from San Diego?

Many thousands of people drive between San Diego and Tijuana every day. Most of them are daily commuters and not tourists.

Your U.S. driver’s license is valid across the border. However, driving in Mexico can be challenging. Traffic lights and signs aren’t always operable or in clear view. 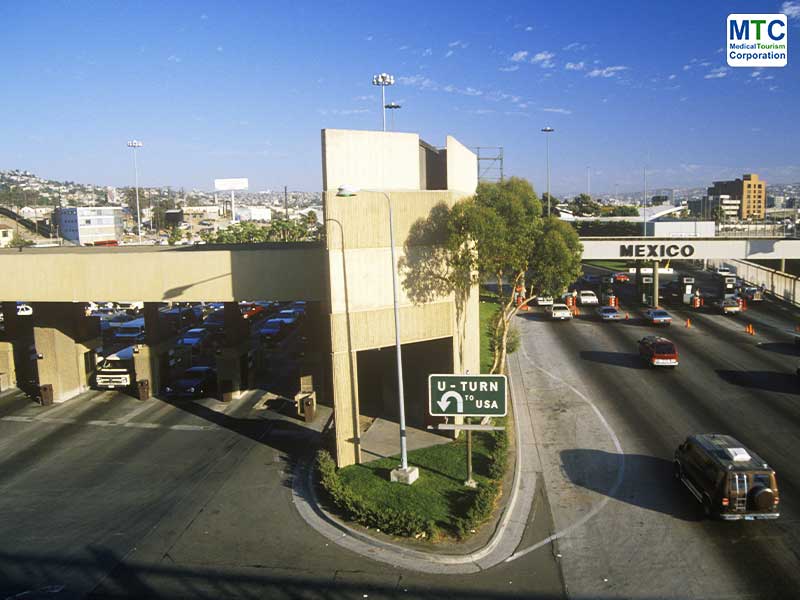 If you choose to drive your vehicle into Mexico,

Is it Safe to Drive to Tijuana Alone? 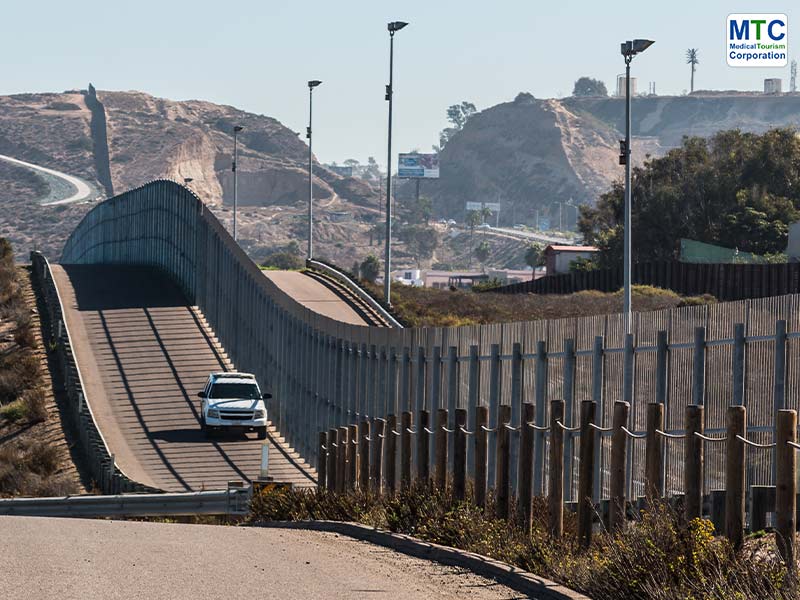 If you follow basic safety precautions, you can safely drive to Tijuana alone. Note that Greyhound offers an inexpensive bus service from San Diego to Tijuana that may be a quicker and safer way to travel than driving alone.

Is it Safe to Fly to Tijuana?

Yes! Tijuana International Airport (TIU) has round-the-clock security and can be more convenient than flying into San Diego. The airport has two concourses, 23 gates, and passenger services including shops, a food court, and money exchange offices.

Flights from Tijuana to various destinations 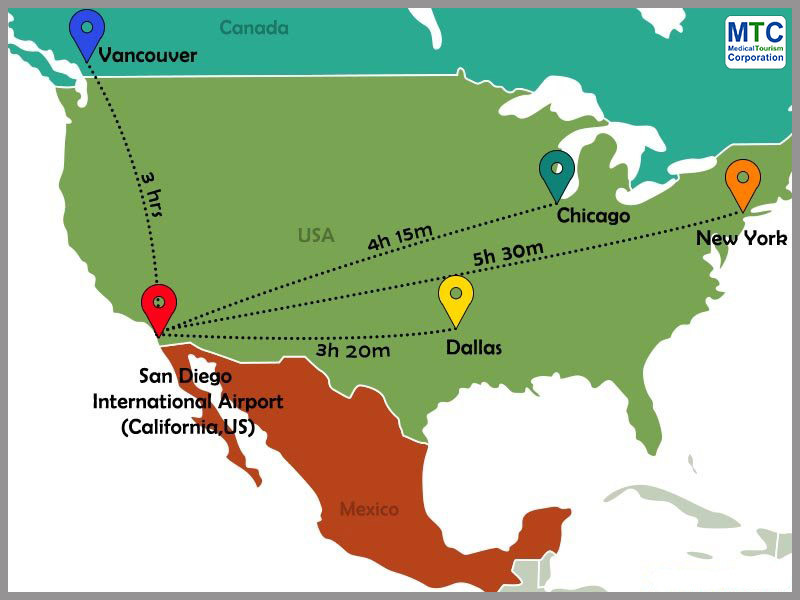 How to Get to Tijuana Airport (TIJ) from San Diego?

In the majority of the cases, the San Diego airport (SAN) is preferred by Canadians and Americans. This is because of plenty of cheaper flights.

City buses, radio-dispatched taxi cabs, and Transporte Terrestre taxis are safe options to travel from Tijuana airport to your hotel. Uber and Lyft are other safe options, as they verify the driver and vehicle number.

We have a complimentary pickup and drop-off for most of the patients. The journey from the San Diego airport to our medical and dental medical facilities is less than 30 mins

Is it Safe to Walk to Tijuana?

It is safe to walk across the border to Tijuana. Pedestrian crossings are a common way to travel between San Diego and Tijuana. There are three places where you can travel on foot from San Diego County into Tijuana: 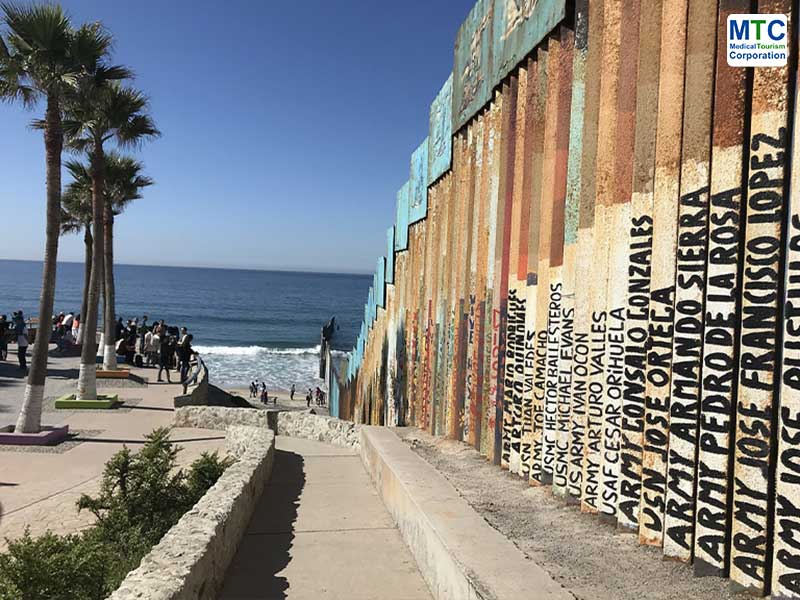 There are commercial parking lots on the U.S. side of the border where you can safely leave your car. Or, a trolley, rideshare, taxi, or bus can drop you off near one of the bridges.

You will see people walking everywhere in Tijuana but use caution walking in Mexico. Sidewalks are often in disrepair and may contain deep cracks or other trip hazards.

Is Tijuana Safe for a Day Trip?

Yes, Tijuana is safe for a day trip. 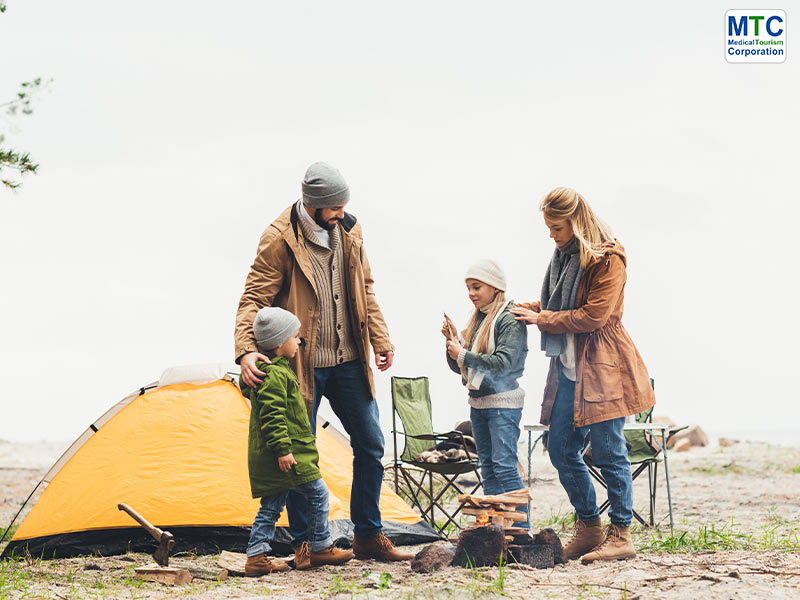 How safe is Tijuana at night?

That depends on where you are. It’s recommended to stay at your hotel after dark. Also, while it is overall safe to drive to Tijuana, it’s better not to drive at night. Try to schedule flights to arrive during the day.

It is best to avoid the red light district and anywhere that prostitution or drug use is happening. 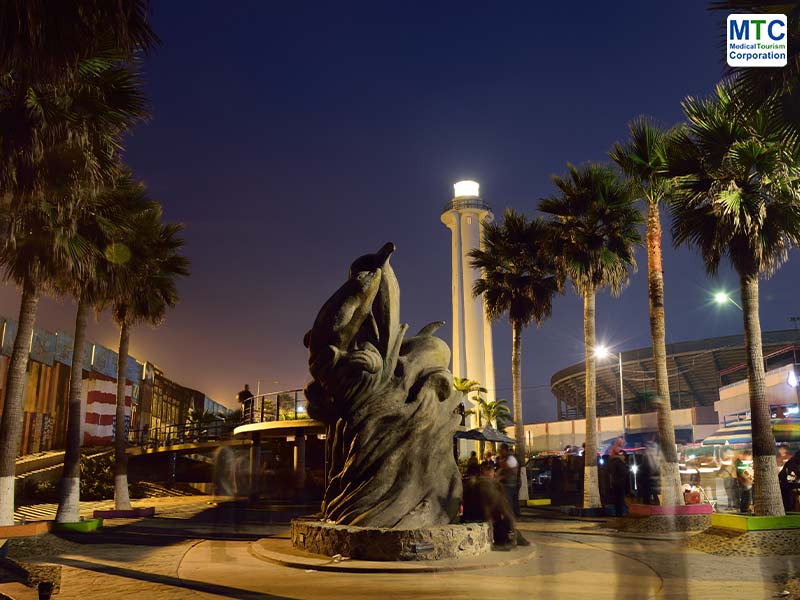 Tijuana is a wonderful place to buy handmade arts and crafts at affordable prices. Markets sell t-shirts and other souvenirs for $10 or less and you may be able to haggle a lower price.

However, the OSAC  recommends being careful with cash transactions on the street. Try to pay the exact amount to avoid the risk of receiving incorrect change or counterfeit currency. 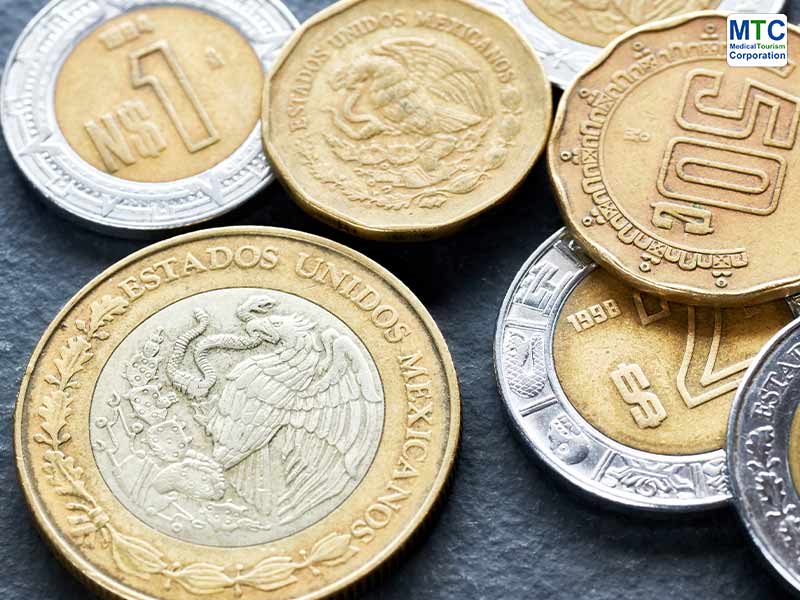 Is it safe to go to Rosarito? 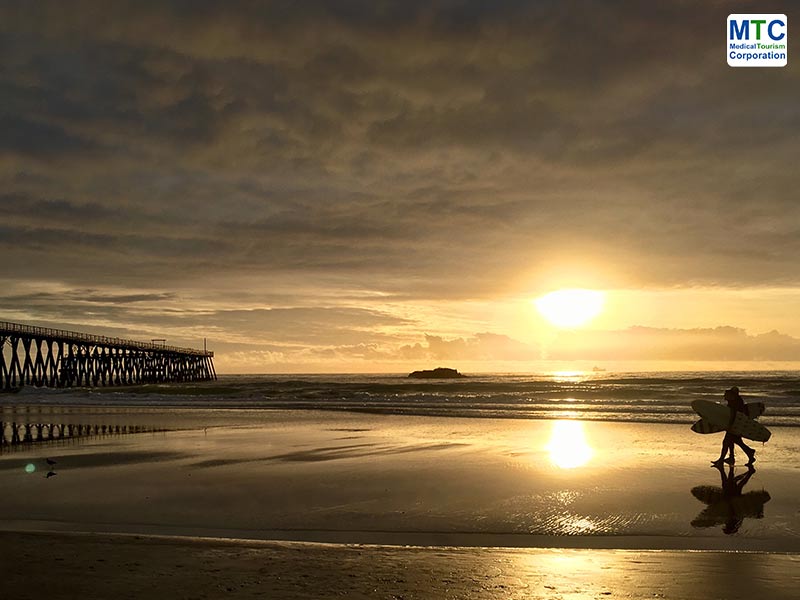 Rosarito is a lovely beach town 20 minutes south of Tijuana. It is a safe place to visit and worth the time to watch the surfers. The town is populated by many American retirees and has a relaxed, bohemian vibe.

Ensenada is another relaxed, scenic beach town south of Rosarito and is a safe addition to a day trip.

How Safe is Tijuana Dining?

Tijuana is famous for its food scene. It brings together the best foods from all over Mexico. In addition, Americanized burgers and other familiar cuisine options are available everywhere. Still, it is common to be concerned about food safety when traveling internationally. 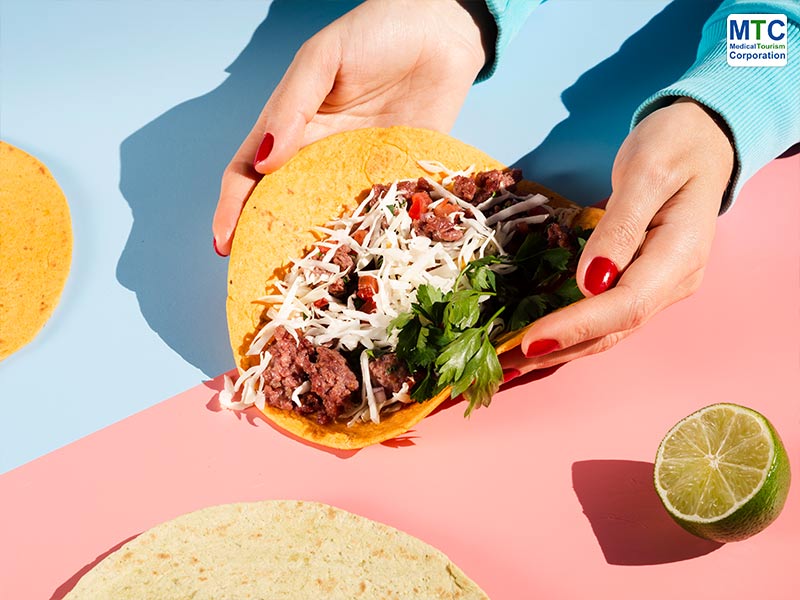 Is Tijuana dangerous for dining out?

While food poisoning can be an issue anywhere on the globe, dining out is generally safe in Tijuana.

You can choose from street taco stands to upscale fine dining establishments. One key to safe dining is to go where you see lots of people congregating. 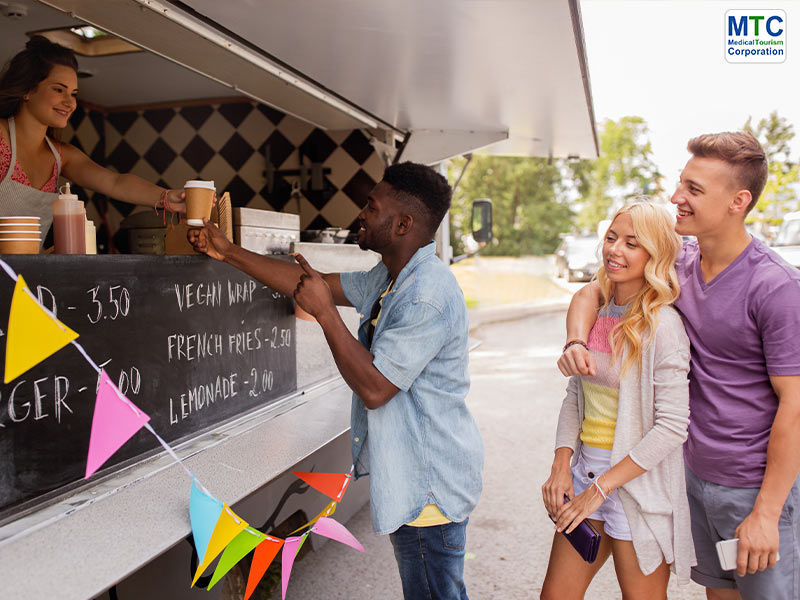 Is it Safe to go to Tijuana Alone?

Is it dangerous to travel to Tijuana alone?

Tijuana has calmed down somewhat in recent years, as Tourist Police and others have worked to lower travel risks. Travelers often return from Mexico commenting on how kindhearted, loving, and hardworking they found Mexico’s citizens.

Tijuana is a good place to travel solo to Mexico, as it has a heavy American influence. You are likely to feel at home as most people speak English and accept American currency.

Is it safe to visit Tijuana attractions alone?

While it’s always best to travel with a companion, many visitors enjoy Tijuana’s attractions alone. Just be extra vigilant of your surroundings and only venture out alone during the daytime and in known safe areas. 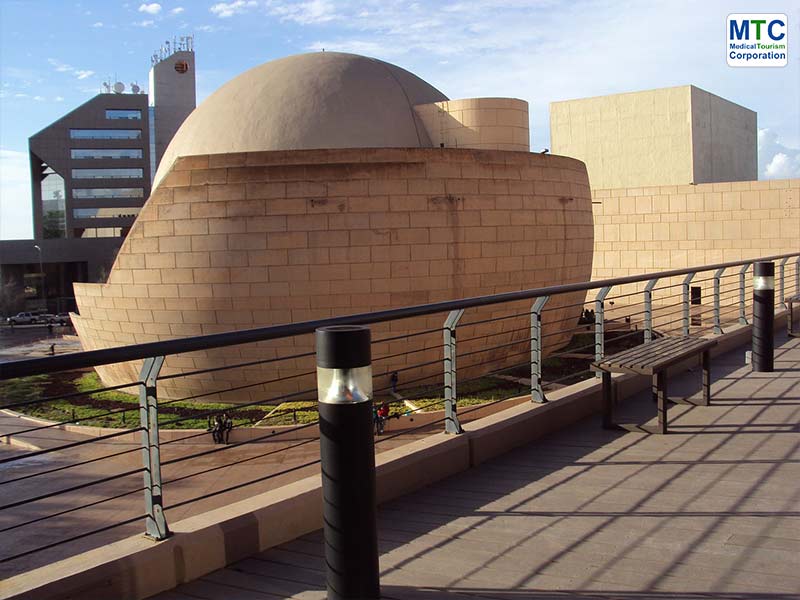 Regardless of whether you’re traveling to Tijuana alone or with a companion, it’s smart to brush up on your Spanish. Knowing a few keywords can help you communicate in any scenario. Memorize these basic words and phrases:

For any type of emergency in Tijuana, the two most important things to know are the Mexican emergency phone number (911) and the citizen assistance number of the US consulate in Tijuana – (664) 622-7400.

Dialing 911 will get you the fire, police, and ambulance services in Tijuana. The other numbers that are good to have are: 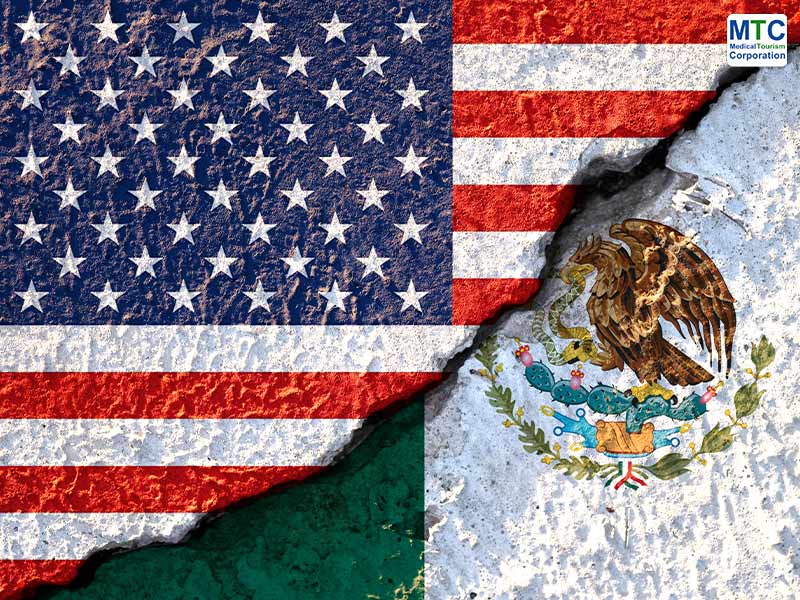 Whenever you travel abroad, keep the U.S. Consulate’s information on your person at all times. In case of an emergency, you will know where to find help right away.